​
Poliomyelitis (polio) is a paralyzing and potentially fatal disease that still threatens children in some parts of the world. The poliovirus invades the nervous system and can cause total paralysis in a matter of hours. It can strike at any age but mainly affects children under five. Polio is incurable, but completely vaccine-preventable.

Today, there are only two countries that have never stopped transmission of the wild poliovirus: Afghanistan and Pakistan. Less than 100 polio cases were confirmed worldwide in 2015, which is a reduction of more than 99 percent since the 1980s, when the world saw about 1,000 children paralyzed per day.

The polio cases represented by the remaining one percent are the most difficult to prevent, due to factors including geographical isolation, poor public infrastructure, armed conflict and cultural barriers.

Until polio is eradicated, all countries remain at risk of outbreaks. 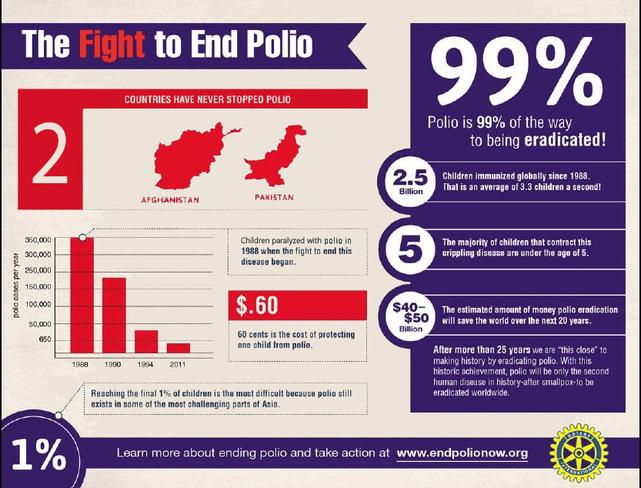